One of the more significant musical projects during my college radio DJing days over at 91.1 FM WMUA was cataloging the immense 7 inches/singles collection found there.  Stuff had been jammed here and there throughout the studio, non- alphabetized, and generally neglected.  There were huge amounts of musical history leaking out of every corner of the place, mostly promotional vinyl from the late 80s to the present.  (Note: the LP’s and CD’s are in good shape.)

I took on that horribly tedious organizational yet rewarding task over the summer of 2008.  Through that process I grew a new appreciation for those who set the ground-work for modern punk rock, DIY music.

How else would I have found out about the old Slumberland bands, the weirder K Records and Sub Pop stuff, The Vaselines, and the Galaxie 500 “Tugboat” single, among other things?

Sex Sux (Amen) would not exist without those labels and bands and 7”s.

Which brings us to another round of Groveling Obeisance, from The Procedure Club, a duo from New Haven, Connecticut.  These two have produced some hazy, gritty tunes that I could have easily stumbled upon back in that summer of crate digging.  I would’ve spun these guys on my show fourteen times a week, before finding another Mudhoney banger to over-play.

Check out their newest on Slumberland, Doomed Forever.

Andrea and Adam were sweet enough to stop by the Sex Sux (Amen) studios and admit to us some down-right peculiar notions:

i have no idea.

we’re all going to say Ariel Pink like the Doldrums or something. and i think that’s probably true.

3.  Tom Cruise recently came out with the movie Knight and Day and was one of his worst flops ever.  What is your favorite Tom Cruise film and why?

I make music because i have this impatient weird urge coming from the inside of my brain. Even as a child, the urge has always made me emit weird sounds and beatbox over them. I must have looked like a freak child to people. Also, before Procedure Club happened, I remember  having a dream where i saw a band play the most ideal music. The music in that dream sounded somewhat like Procedure Club sounds now.  It was melodic but at the same time it was chaotic and noisy, full of glitches and mistakes and very sweet and dreamy vocals.  Making music to me is like scratching the itch that’s in my brain.

Ariel Pink’s Doldrums and John Maus’ “songs”. They both made me wanna record by whatever means available to me.  Both albums were so playful and full of good ideas. Although our music doesn’t sound like either album, the playfulness and sheer creative genius of Ariel and John made me wanna record and not hold back any of my ideas.

3.  Tom Cruise recently came out with the movie Knight and Day and was one of his worst flops ever.  What is your favorite Tom Cruise film and why?

Top Gun. The gayest movie ever 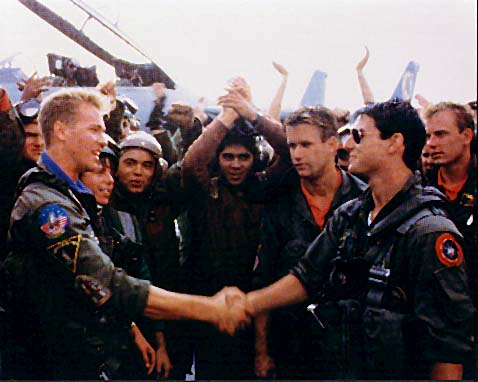