Owen Ashworth, the man we have come to know as Casiotone for the Painfully Alone, has decided to retire.  Or at least stop playing the music he has released under that name over the past decade.

Incredibly underrated, prolific, and talented, Casiotone built a strong following behind the subtle yet down and dirty neo-realism found in his tunes.

I always thought Casiotone for the Painfully Alone was one bad-ass punk.  He seemed like he stayed true to his own musical and artistic vision without trying to jump onto the newest trend, a genuine cat in a jungle of irony.  The dude could throw down a killer line at will, without blinking, for sure.

The shaky years known as “post-college” and “twenty-something” will be forever less confusing, more comforting, because of Mr. Ashworth’s work as Casiotone.

The last tour is under way, folks.  You can catch him over at TT the Bear’s on October 13 and is playing a whole mess of NYC dates around that time, too.  Here’s a quick interview I did with Owen Ashworth, followed by my ten favorite tunes by the man.

Owen Ashworth: I make music because it’s just my favorite thing and I don’t know what I’d do without it.  I love listening to it and I love playing it and I love writing it.  I think about music all of the time.  I’m thinking about it right now.

OA: Off the top of my head, in alphabetical order: 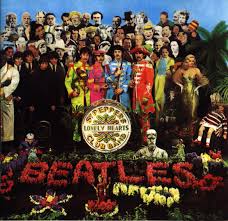 John Fahey- After The Ball

Harvey Milk- Courtesy And Good Will Toward Men

3.  Where is your favorite place to play?

OA: I like playing in London a lot.  Also San Francisco, even though it kind of stresses me out.  I grew up out there, so lots of old friends and family tend to show up, and the shows usually feel kind of overwhelming.  Where else.  I like the Artistery in Portland, Oregon.  There aren’t a whole lot of places I don’t like playing, honestly.  If I’m not getting a good feeling from the audience, or the sound stinks, or if I’m just not playing well, it can feel pretty lousy.  More often than not, though, it feels like a pretty special thing to do.

4.  Would you rather have the ability to fly or breath underwater?

I want the ability to breathe water.

Tagged Casiotone for the Painfully Alone