Overall, the sheer amount of bands coming into the area might have an over-whelming effect on even the most experienced scenester hipster indie-rock snob slobber.

Fortunately for you, the unsure concert-goer, Sex Sux (Amen) is here to guide you through the saucy mucky muck of corporate evil-doers and into the blissful explosive glory of all that is exciting and magical in the world of local music.

What You Should Go To on Wednesday September 15:

I wrote at length about Gila Monster a few months ago.  Red Mass are the newest Roy Vucino project aka the guy from Montreal who ran the legendary CPC Gangbangs.  Holy Sheet are one of my favorite bizarro musical groups from Providence.  They haven’t played in a while, this is an exciting occasion for all reptiles in the area.  An Albatross I don’t know much about but are surely not as terrifying as Aids Wolf, the noise rock kingpins of all of America except Alaska, blame Fuhrer Palin.

If epic, extremely exciting, mind-expansion noise-rock isn’t yr favorite thang in the galaxy, or if yr broke, there is another cool and free event:

Free: The Shield Around the K @ AS220 Providence, RI

Based on Sex Sux (Amen) Principle, I Don’t Recommend Going To:

Pitchfork-loved, post-MIA bungholes, brought to you by the least interesting radio ever, 95.5 WBRU, for 9.95 dollars.  Kind of a killer poop sandwich.

True Story: I started doing radio to combat the mediocrity of WBRU.

If You Live in Boston, Go To:

Afro-beat group from Michigan taking cues from Fela Kuti.  Not to be confused with Red Sox folk hero Hideo Nomo: 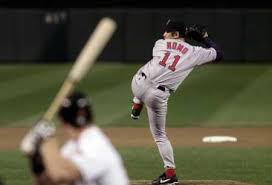 Thursday September 16: Of Montreal @ The House of Blues, 25-30 dollars

I don’t know about this one.  Do I enjoy concerts that go all-out towards the theatrical aspect and forget about the quality of music?  Of Montreal had an excellent three-record run (Satanic Panic, Sundlandic Twins, Hissing Fauna) but have kind of fallen off lately.  OH: new record out today, called False Priest.

If you haven’t seen them before, go at least once.  If you have a free extra ticket, give it to me.  Otherwise, I won’t be there.  Plus, House of Blues is run by scary people.

If Yr in Providence Friday, September 17:

I’ve wrote about Devil Eyes before and even spoke with them!!
What Cheer? Brigade are veterans of the Providence marching band wizards scene.

If Yr in Boston Friday, September 17:

The Strange Boys are my second-favorite band playing this weekend.  If my work schedule allows it, I’ll finally see them live.  Think Daniel Johnston fronting Blonde on Blonde-era Dylan.  I fucking love The Strange Boys and In the Red Records.

I wrote that once.  Still true.

Excellent live, mediocre on record since their self-titled gem, released in 2005.  Expensive, at a crappy venue.  With the Sea and Cake, kinda legends!  Dam, would’ve been a tough decision if not for The Strange Boys.

What You Can’t Miss Saturday, September 18:

One of my favorite bands playing cheaply in John Dwyer’s hometown.  Hmm…

If You Miss Thee Oh Sees, It Must Be Because You’re Going To:

I guess you had to be a student at Brown to get the hook up.  Heard he’s doing loads of Outkast songs, I request Rosa Parks, please.

If You’re Stuck in Boston with No Way to Get to Providence:

Good thing I have tickets to see them in NYC, more to come on them, surely.

The Last 5 Records I Purchased

I’ve been playing this off my laptop non-stop for the past month.  I stumbled upon the vinyl copy today at Armageddon Record Shop and had no choice but to purchase it.  What a fucking debut.  If blogs existed in 1988…Pants Explosion.

How beautiful is that cover art?

Somehow I had zero Parts and Labor records until now.  I should be publicly flogged by Dan Friel…

The Who’s Live At Leeds has been spinning on my turntable quite a bit lately.  Thought I needed a new record by them and I believe I picked out the correct piece of classic rock/punk history.  A greatest hits album, with Keith Moon’s drumming standing out on every track.  Also, one of the most memorable covers from The Who.

Don’t sleep on The Strange Boys.  Their second album rocks with more subtlety than their debut and keeps up the distinctly intelligent and cocky Blonde-on-Blonde-era attitude.  Garage rock falls out of sky and crushes anything in its path.

These guys have a new record out right now, Warm Slime.  Prolific punk rocker John Dwyer produces weirdly infectious, energetic records.  I am obsessed with his music, and you should be, too.  Originally from Providence, now residing in San Francisco.  I need to catch them live.  Come home, Mr. Dwyer!

Tagged Galaxie 500, Parts and Labor, The Strange Boys, The Who, Thee Oh Sees